35% H2O2 (QUART)
The 35% Food-Grade Hydrogen Peroxide Detox Bath for STDs
We are the top suppliers of food-grade hydrogen peroxide. At Nature Heals Us, we provide you with safe, laboratory tested and medically approved 35% H2O2 to treat STDs, toxicities, and other contaminations from your body. The use of food-grade 35% food-grade hydrogen peroxide for STDs; sexually transmitted diseases and other infections is extremely beneficial.

Beware of the following when using food-grade 35% hydrogen peroxide for detox bath:

Top of Benefits of the Detox Bath

This one is fascinating. We highly recommend doing the detox bath to oxygenating your blood however possible as cancer cells do not grow or spread in highly oxygenated environments. There are several ways to do this, and one of them is a hydrogen peroxide bath. The hydrogen peroxide molecule contains two oxygen atoms–that’s double the amount in water. When you soak yourself in hydrogen peroxide, you can absorb some of that oxygen through your skin where it enters your bloodstream and goes to work just like the oxygen you breathe through your lungs.

The body has four organs (or organ systems) that it uses for detoxification: the liver (and the outgoing digestive tract), the kidneys, the lungs, and the skin. Let’s build a little analogy comparing the skin to the liver/digestive tract detoxification pathways. Your digestive tract is the first line of defense regarding anything you eat. If you happen to swallow a Lego™ for example, your stomach and intestines are not going to break that down and let it get into your bloodstream. That little plastic block is going straight out as quickly as possible. Things that do make it into your bloodstream are filtered through the liver, and the bad stuff is sent back into the intestines where it’s put on a one-way track to the toilet bowl. Now listen, not all of us have a perfectly functioning digestive system (in fact, almost none of us do), so waste gets stuck in the gut and sits there, sometimes for YEARS where it slowly but surely drips toxins into the body. You have to do fasts and flushes and enemas to get all that stuff out–which is certainly a topic we’ve covered before! But the same idea applies to the skin. Your skin detoxes bad stuff out when you sweat–even when you sweat imperceptibly. But even though you’re taking showers and scrubbing with soap, it doesn’t remove all that toxic sludge sitting on your skin where it slowly seeps toxins back into your system. That is unless you take a hydrogen peroxide bath.

A yeast infection is simply an overgrowth of a specific bacteria called Candida. Just take yourself a hydrogen peroxide bath and watch it clear up–no different than if you were to disinfect a little cut with the hydrogen peroxide.

Here’s a creepy thought–we’re all covered in mites, thousands of them live on every person on Earth. It’s not a problem–in fact they can be helpful to us in many ways. But 14% of us have visible mites that start causing problems. This includes familiar culprits like body lice and bed bugs. If you’re in that unfortunate group, guess what will get rid of these creatures? The hydrogen peroxide bath.

WE PROVIDE EASY NATIONWIDE SHIPMENT FOR OUR 35% FOOD-GRADE HYDROGEN PEROXIDE WITHIN THE UNITED STATES!
WE DO NOT SHIP “INTERNATIONALLY”

I’ve been using the restroom more frequently and I feel so much better mentally!

l haven't used it yet. Was in hospital.

At first I was scared to try, maybe even skeptical but I was desperate for help so I tried and after ONE bath there were parasites coming out of me from all ends. Literally every bath more comes out. Both stool and vaginally. I've actually been able to feel them moving inside and since the baths it's calmed a heck of a lot. Do yourself a favor and follow the protocol. Listen to Chris... and do exactly what he says. It works. Save your life! Do what he is saying and get the baths!!!! 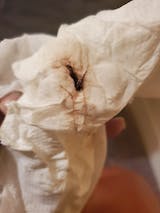 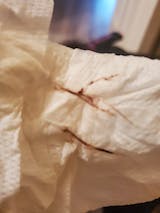 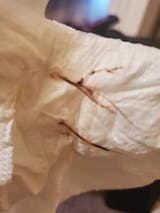 We are the top suppliers of food grade hydrogen peroxide. At Nature Heals Us, we provide you with safe, laboratory tested and medically approved 35% H2O2 to treat STDs, toxicities, and other contaminations from your body. The use of Hydrogen Peroxide for STDs; sexually transmitted diseases and other infections is extremely beneficial.

Procedure:  For STDs, fill a bathtub so that the water completely covers your legs.  The bath should be quite warm – at least body temperature or a little more.  You can then add between about two and four cups (BE VERY CAREFUL) of 35% food-grade hydrogen peroxide.

Ideally, and only if it can be done safely, get in the bath first and then add the hydrogen peroxide.  Add it slowly and mix the water with your hand.  Stop when you feel a slight tingle, like a burn, in the vaginal area or some other area such as your feet or penis.

Afterward, add  1-2 cups of Epsom salt( magnesium sulfate) in the water spread out. Do this bath 2-4 times a week for optimum results of oxygenation and detoxification.

Remain in the bath for at least 30-45 minutes.  Usually, the genital area is not overly sensitive to peroxide.  Use as much hydrogen peroxide as you can without it becoming too irritating to the skin.

Cautions: Beware of the following with peroxide baths:

a) Too much peroxide will cause itching and burning of the skin.  Just useless if this occurs.  More is better, however, if you can tolerate it.

b) 35% hydrogen peroxide is extremely corrosive.  It will bleach and burn through clothing in a matter of seconds, for example.  Never let the concentrated product touch your eyes or skin, if possible.  Preferably, measure it out with a measuring cup.  Always handle it with extreme care, and replace the cap on the container so it will not spill all over if it falls over.

Top of Benefits of the detox bath  WE PROVIDE EASY NATIONWIDE SHIPMENT FOR OUR 35% FOOD-GRADE HYDROGEN PEROXIDE WITHIN THE UNITED STATES! WE DO NOT SHIP “INTERNATIONALLY”
Add to wishlist
Add to cart
Quick view

These statements have not been evaluated by the Food &amp; Drug Administration. This product is not intended to diagnose, treat, cure or prevent any disease.